The Realignment of the Nail–Tree Talisman: Psyche and Commerce - PHASE I - 2018-20 - CLICK HERE 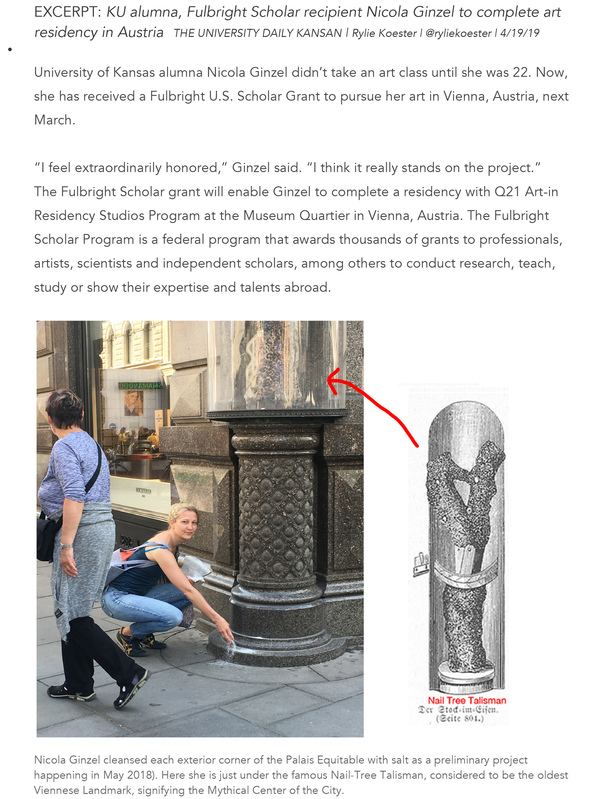 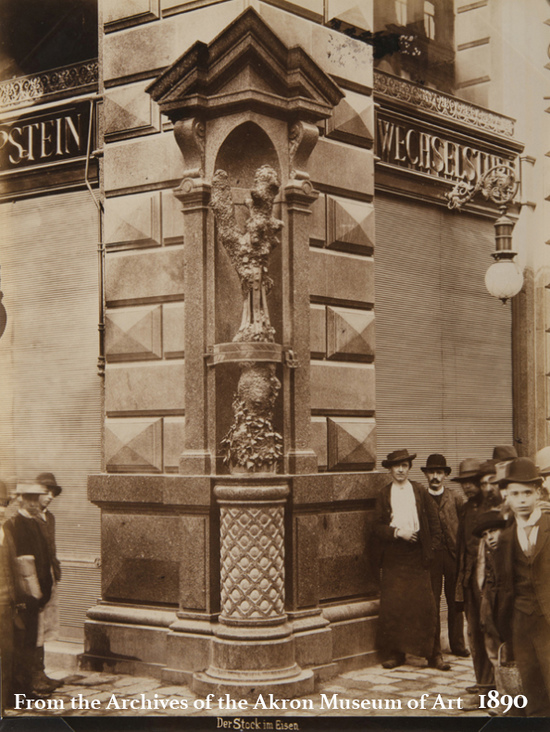 Nails were hammered into the tree for various reasons that reflect Austria's customary traditions of 18th century blacksmiths upon leaving the city. Prior to that, mystical beliefs which were rather common throughout South Eastern Europe and the Middle East, implied a wound would be healed through the transference of energy metaphysically, via the nail. In any case, the nail-tree talisman serves as a symbol for the City's Mythical Center as suggested by the Austrian Folklorist, Leopold Schmidt. 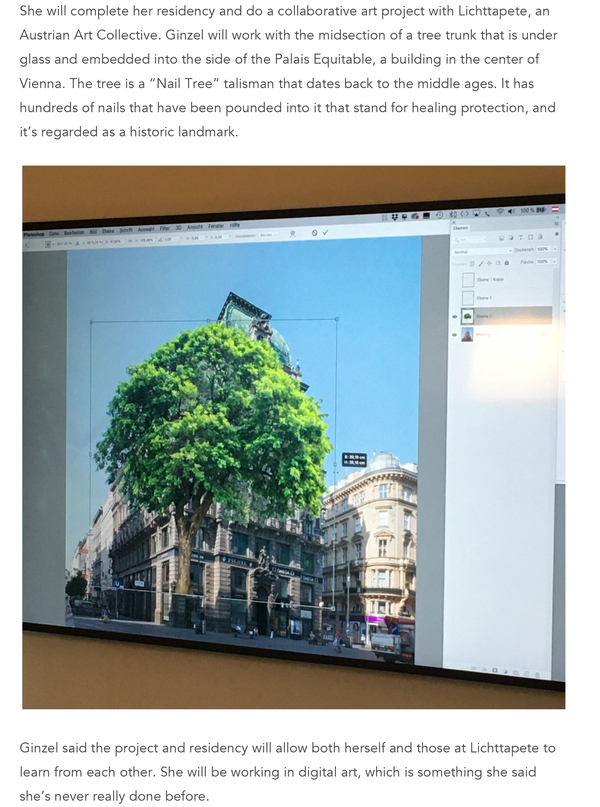 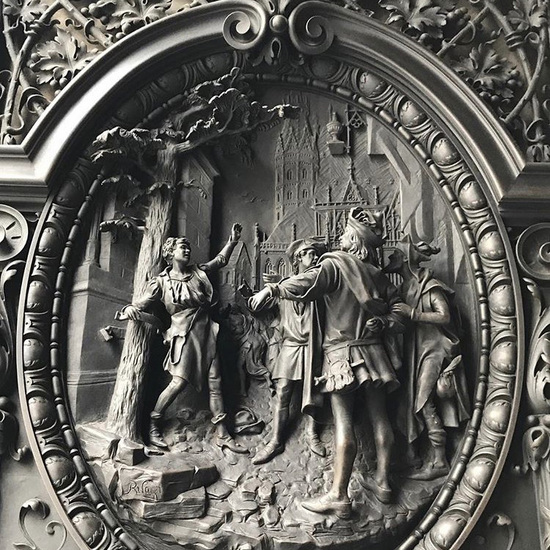 One of the reliefs on the door of the Palais Equitable illustrating the legend of the Nail–Tree Talisman / 'Stock im Eisen.'

The first written mention of the Nail-Tree Talisman is in 1533. 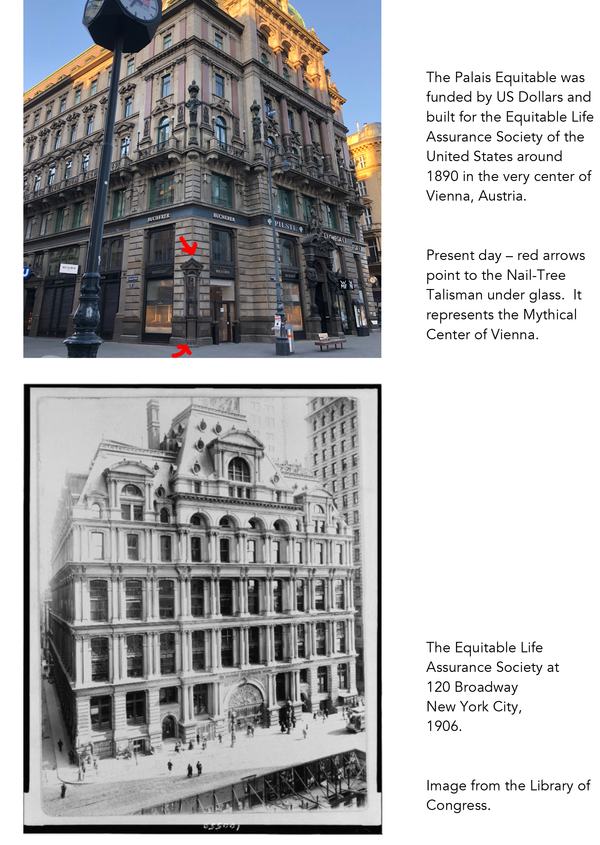 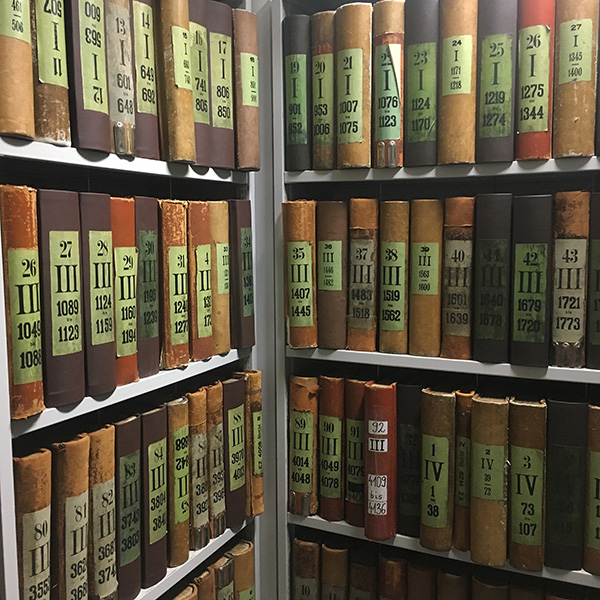 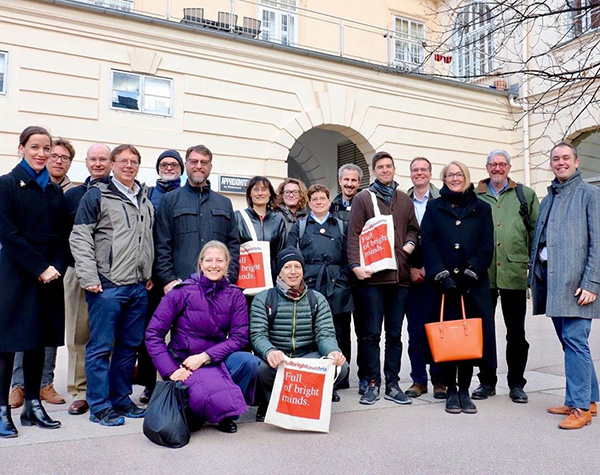 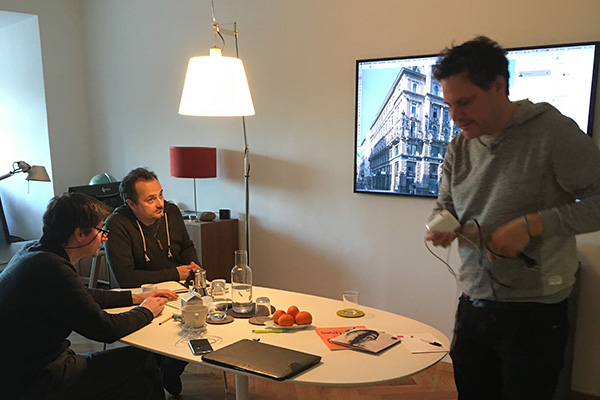 Meeting with Lumine at the Museumsquartier to discuss the project prior to the First Pandemic Lockdown in March 2020. 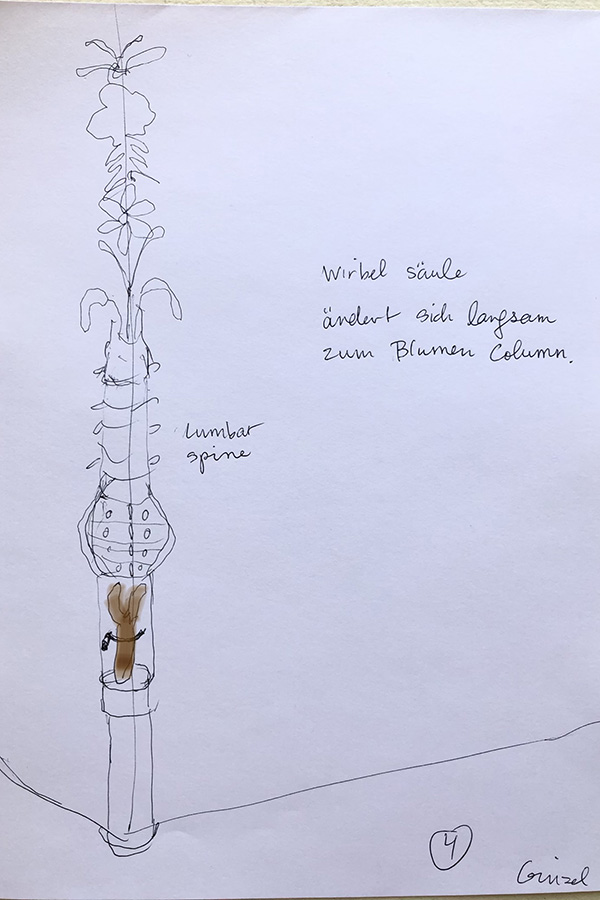 Brainstorming other ideas on my own with a pen and paper as I considered to make an animation growing out of the Nail–Tree Talisman. 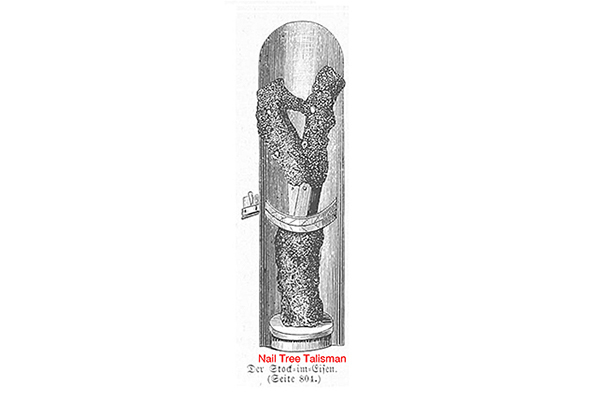 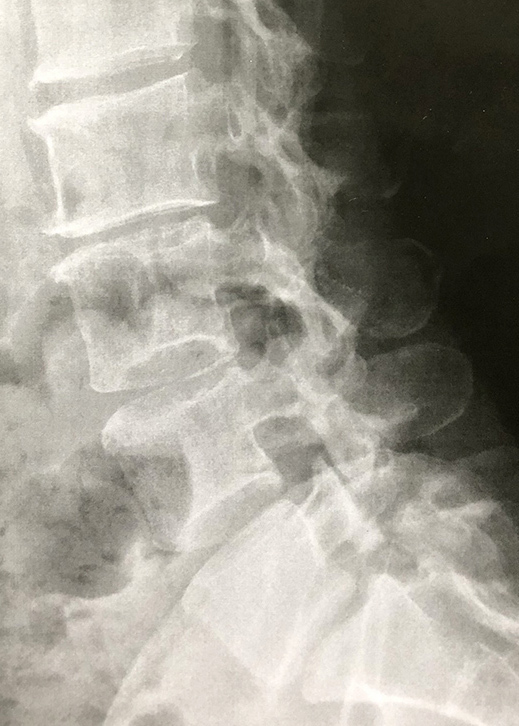 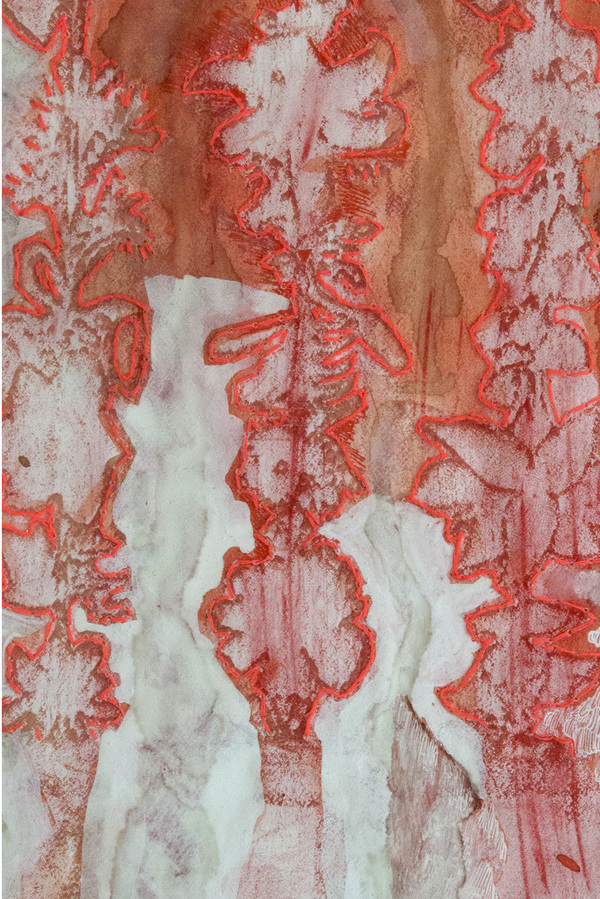 From the brainstorming phase:
Shapes reminded me of the Nail-Tree Talisman and I considered using part of this stitched piece for a projected animation. 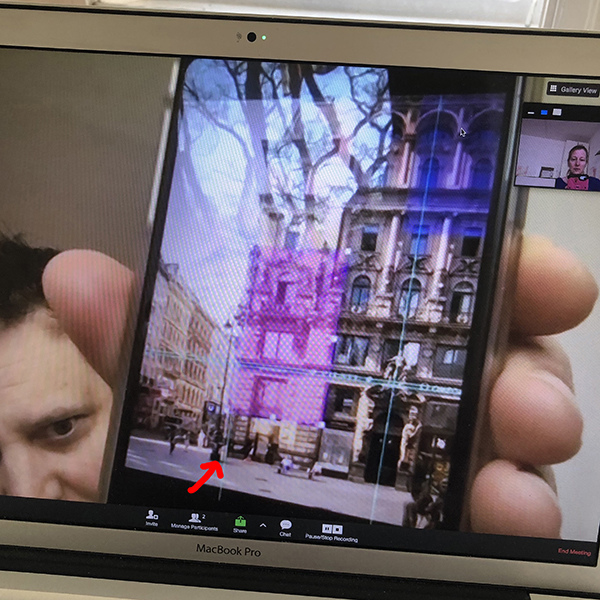 Working over Zoom with Lumine, May 2020.
The potential digital mapping for an animated tree. The whole thing was far too complicated especially given the circumstances of covid and the symbolism that came with a singular spruce tree. 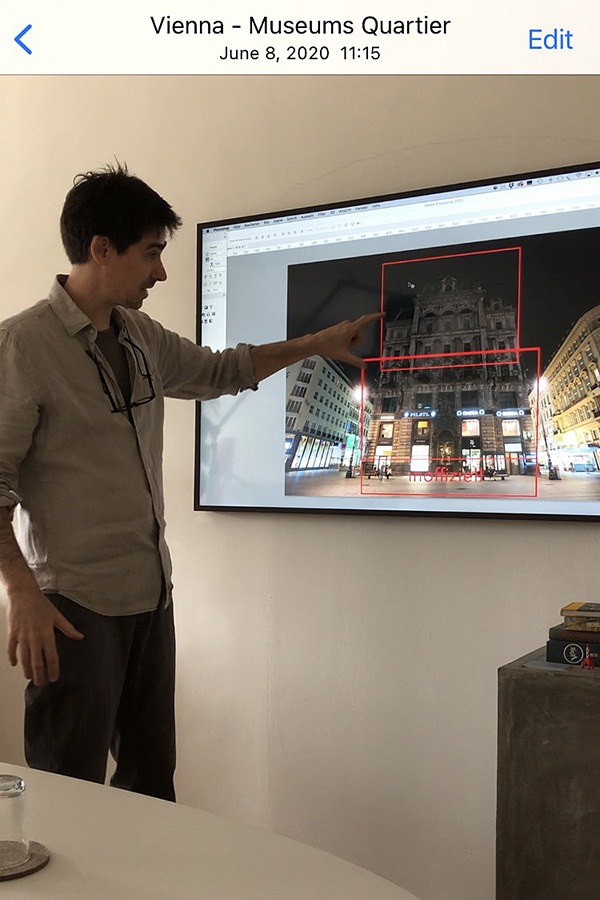 Working with Lumine June 2020 and going forward with the original idea to transform the entire facade of the Palais Equitable through the projection of a forest. 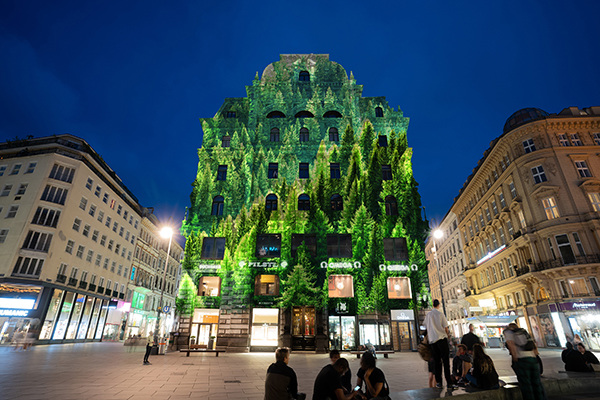 Digital Mock–Up by Lumine, 2020
with support from Fulbright Austria and Q21 Artist in Residency Program in 2020

Breathing life back into the nail–tree talisman by placing back into its original environment, a spruce forest.
Loading...